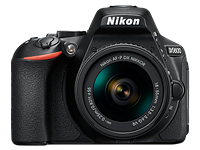 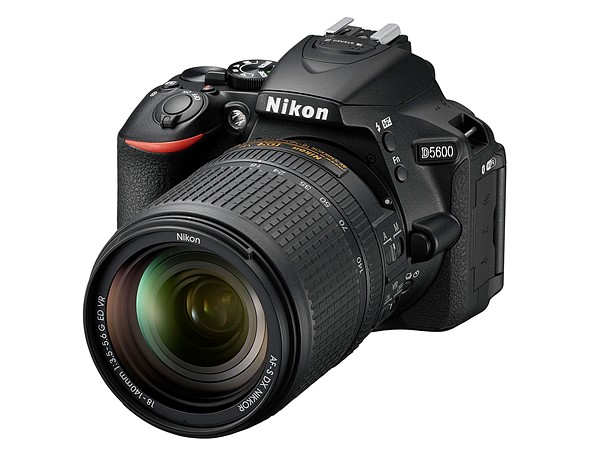 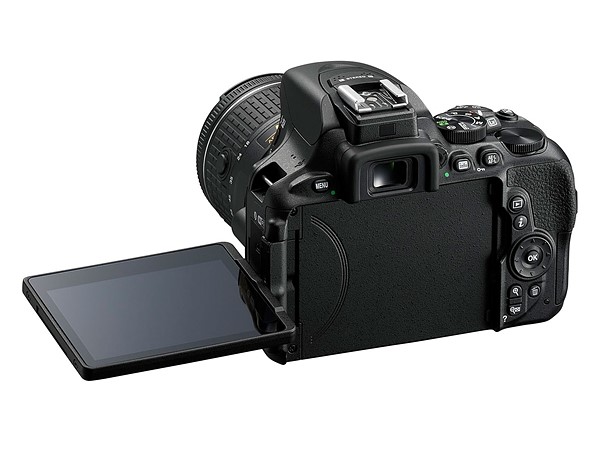 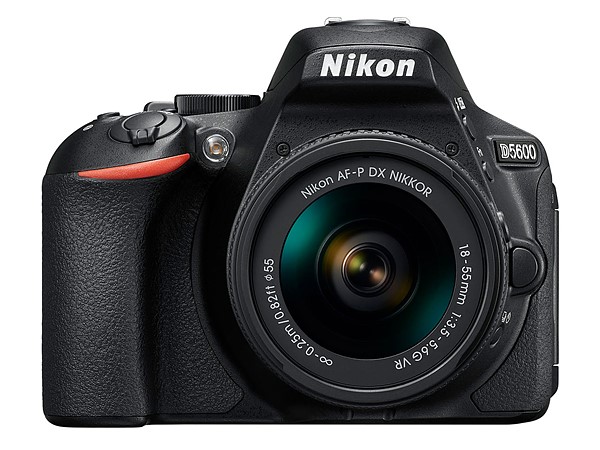 Digital SLR Camera, Nikon D5600
Entry-level DX-format Digital SLR Camera with Seamless Connectivity Ignites Creativity and Sharing by Transforming Social Storytelling
TOKYO - Nikon Corporation is pleased to announce the release of the D5600, an entry-level DX-format digital SLR designed for photography hobbyists and content creators to explore different creative and artistic expressions. With convenient connectivity features, the D5600 is also built for easy sharing and social storytelling.
The Nikon D5600 is equipped with a range of features that encourages users to capture and communicate their stories. Featuring a Vari-angle LCD monitor that flips out and rotates, it is possible to shoot from nearly any angle for greater creative freedom. The touch-screen operation so popular with the D5500 has been further enhanced in the D5600 with the addition of a crop function for use during playback zoom, and a frame advance bar that lets users scroll through images in playback mode easily. The D5600 also incorporates the time-lapse movie function equivalent to that of the more advanced Nikon D7200, enabling users to capture changing scenes over a time period and create stunning time-lapse videos.
In addition, a constant connection between the Nikon D5600 and a smart device is possible using the SnapBridge app and Bluetooth® low energy (BLE) technology. Images captured are automatically transferred to the paired smart device and users can upload and share high quality images in a seamless, integrated process. The image transfer continues even after the camera has been turned off. SnapBridge also enables automatic image upload to NIKON IMAGE SPACE. Furthermore, wireless video transfer and remote shooting are –possible via Wi-Fi®. Primary Features
1. SnapBridge support for constant connection of the Nikon D5600 to a smart device
Support for the SnapBridge app*1 means that with one-time setup, a constant connection between the D5600 and a smart device*2 is maintained, realizing simple automatic transfer*3 of photos. In addition, a number of convenient functions, including automatic upload to Nikon's photo sharing service, NIKON IMAGE SPACE*4, the addition of copyright information and comments to photos, and automatic synchronization of camera date/time and location information with that of the smart device, can be used. What's more, the Nikon D5600 also supports the high-speed transfer of selected still images, movie transfer, and remote capture of still images when Wi-Fi"*5 is enabled.
*1 The SnapBridge app can be downloaded free of charge from the App Store® and Google Play™.
*2 The SnapBridge app is available for compatible iPhone®, iPad® and/or iPod touch®, and for smart devices running the Android™ operating system.
*3 Images (JPEG) reduced to 2-megapixel equivalent can be transferred automatically. RAW/TIFF data cannot be transferred. Movies can be transferred by switching to Wi-Fi®.
*4 To upload images automatically to NIKON IMAGE SPACE, Nikon ID registration (free) is required, which can be easily setup via [Nikon ID registration/change] menu on the SnapBridge application. Only when uploading to NIKON IMAGE SPACE via SnapBridge, JPEG data reduced to 2-megapixel equivalent can be uploaded unlimitedly in number and capacity.
*5 The camera cannot be directly paired with a smart device using Wi-Fi. Wi-Fi can be used by enabling it after the camera has been paired with the smart device using Bluetooth®.
2. A Vari-angle LCD monitor that makes capturing creative photos easy from any angle
The Nikon D5600 is equipped with a 3.2-inch Vari-angle LCD monitor that enables shooting from low angles, high angles, and even selfies. A touch screen has also been adopted. Naturally, it supports the same touch operation available with the D5500, but it also supports the frame advance bar adopted for the high-end D5 and D500 for scrolling through images in full-frame playback. In addition, the touch Fn function so popular with the D5500 has been expanded to support the enabling and disabling of auto ISO sensitivity control, and operation with viewfinder shooting has also been improved.
3. An effective pixel count of 24.2-million pixels and support for a broad range of sensitivities—ISO 100–25600—enable expression with superior image quality
The camera offers an effective pixel count of 24.2-million pixels. It is equipped with a Nikon DX-format CMOS sensor with no optical low-pass filter. This enables capture of images that make the most of the superior rendering characteristics of NIKKOR lenses. The EXPEED 4 image-processing engine has been adopted, and a broad range of standard sensitivities are supported—ISO 100 to 25600, the combination of which enables capture of highly detailed images in which noise is effectively suppressed, even with shooting in dark or dimly lit surroundings.
4. Equipped with the same time-lapse movie function found in more advanced models
The Nikon D5600 is newly equipped with the time-lapse movie function, which allows users to easily compress long periods of time into short ones, entirely within the camera, to express changes that occur over time, such as the shapes of clouds as they roll by, or the movement of people and cars through city streets. In addition, the exposure smoothing function makes capturing beautiful time-lapse movies easier by suppressing variations in exposure caused by changes in lighting that occur naturally, such as when the sun comes up or goes down. Time-lapse movies recorded with the camera can also be transferred to a smart device via SnapBridge.